Historical and distinctions
Of Alamana microfinance

Al Amana certified by SMART Campaign on its management systems, policies, processes and the seven principles of customer protection

Certificate of Institutional and Financial Performance, Planet Rating in May 2014

Al Amana Microfinance ranks 8th in the Forbes ranking on a mix of criteria including scaling, efficiency, risk and profitability

Award of Excellence from the Grameen Foundation USA

Launching activities in the rural world is done on the hats. 100 million dirhams of outstanding loans in the first year.

Al Amana Microfinance receives the approval of the Ministry of Finance to perform and practice the activities of microcredit.

Entry into production of the first promotional Loan Officers 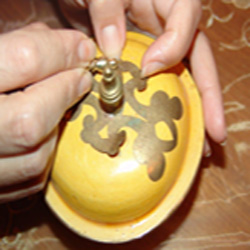